More than 2,000 Regina homes have been a part of an organic waste pilot project that began in September 2020.

A select few households from each city ward have been able to scrape their plates — everything from meat, dairy, and vegetables – into a green cart, but the size of that cart varies.

The goal is to reduce the amount of waste going into the city’s landfill.

The city is testing three different cart combinations to see what works on average for participants in the pilot project.

All recycling carts remain at 360 litres.

The green bins are picked up weekly, whereas garbage and recycling have been reduced to bi-weekly.

Rosemont neighbourhood resident Martine Proulx-Birchard said she was surprised and pleased to be a part of the pilot project.

She received the 360-litre green cart and the 240-litre brown cart. She said she found the instructions that came with the carts easy to follow.

“I like it, it’s cut down our garbage by…at least half, if not more. It’s been a good experience. I would recommend it. If I had to give it a rating out of five, I’d give it a five,” said Proulx-Birchard.

She said the city would take any questions she had about what could and could not be composted. For example, she asked about disposable coffee cups and was told they cannot be placed in the bins.

Residents diverted 96 tonnes of food and yard waste from the landfill in the first month of the organic pilot project. (Angela Mclean/Facebook)

Another Rosemont resident, Angela Mclean, encountered some challenges with the size of her carts.

She said her family of three found it difficult at first to not fill the two 240-litre carts before garbage collection day.

“I was initially very excited about getting the green cart. I was really enthusiastic and I was posting on Facebook saying how excited I was. I think when I got the green cart, I posted right away saying, look what we have, as if it was Christmas,” said Mclean.

The mother of two young children — ages four and six — said she had to adjust her shopping habits to accommodate the smaller garbage cart size.

“I found that it took a much bigger change in our everyday living. It’s really changed our daily routine, like what groceries I buy, or even today when picking up cleaning products,” said Mclean.

Instead of throwing away spray bottles, Mclean has bought reusable ones she refills from a larger jug. She also started using vinegar instead of Windex.

Mclean is supportive of the pilot project, but warns that families her size or larger might find it a shock if they were to receive the same size carts as her.

Mclean created a Facebook group for people in the pilot project to share challenges and solutions with each other.

One common problem has been waste freezing to the green cart in the winter. 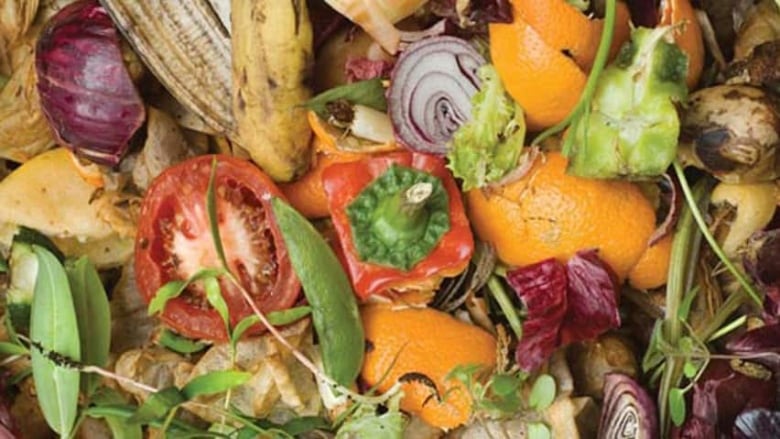 The one-year pilot project will come to an end this Fall and a report will be presented to Regina’s city council. (CBC)

The city recommends residents layer paper and cardboard in the cart to prevent freezing in the winter and pests in the summer.

Mclean said the city told her that if that doesn’t work, she should use a broom handle to break up the frozen waste so it could be collected.

Residents like Mclean and Proulx-Birchard will have the opportunity to provide feedback and share their experience with the city.

An audit of curbside waste will also be done to see how well each cart size was used.

“It’ll tell us how well it’s being utilized across the different combinations,” said Janet Aird, manager of program development and delivery at the City of Regina.

“That in conjunction with the residents feedback on terms of whether that works for them, whether the frequency wasn’t enough, we would use those pieces of information together to determine what the best combinations seemed to be for most residents.”

Aird added that the city might determine that giving options will be the best way to go.

In the first month of the project, residents diverted 96 tonnes of food and yard waste from the landfill.

If the project went citywide, it is estimated it could divert 18,000 tonnes, or 31 per cent, of waste annually.

The compost product could be given back to residents and used in the city’s park, depending on the grade.

The project comes with an estimated $7.9-million dollar price tag, but will save $4.6 million with the reduction in garbage services, leading to a total cost of $3.3 million. 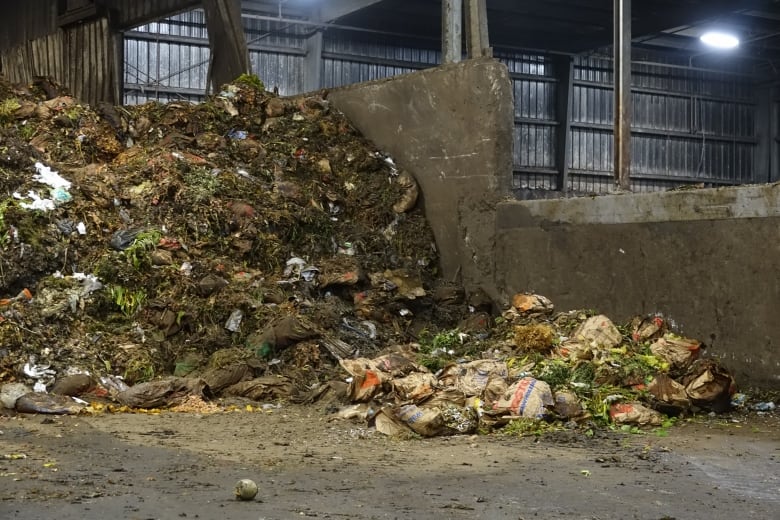 The organic waste is taken to the landfill to be composted. Depending on the grade, the compost may be returned to residents to use in their gardens. (Kate Porter/CBC)

Administration will prepare a report for city council shortly after the pilot ends in September.

If approved, a citywide organics program could roll out in 2023.