Students from a Regina trade school are putting in hours of free labour to reroof the Regina Food Bank, helping save the organization $60,000 in material and labour costs.

Students from the commercial and industrial roofing class at the Regina Trades and Skills Centre (RTSC) are reroofing 5,000 square feet of one of the city’s food bank buildings, with help from other organizations that are providing the materials, scaffolding and supervision.

David Froh, vice president of the Regina Food Bank, said students are “gaining some practical skills and at the same time they’re giving back to their community and helping to feed their neighbours.”

David Froh, vice-president of the Regina Food Bank, says between help from the students and other community organizations, the food bank is cutting its costs for a new roof by more than half. (Richard Agecoutay/CBC News)

The food bank has a lot of old buildings with some leaking, Froh says , including the facility the students were atop Thursday morning.

Between the students’ labour and material costs saved elsewhere, the food bank is saving an estimated $60,000 on a job that would have cost more than $115,000. It’s the second phase of a project that began in 2020. 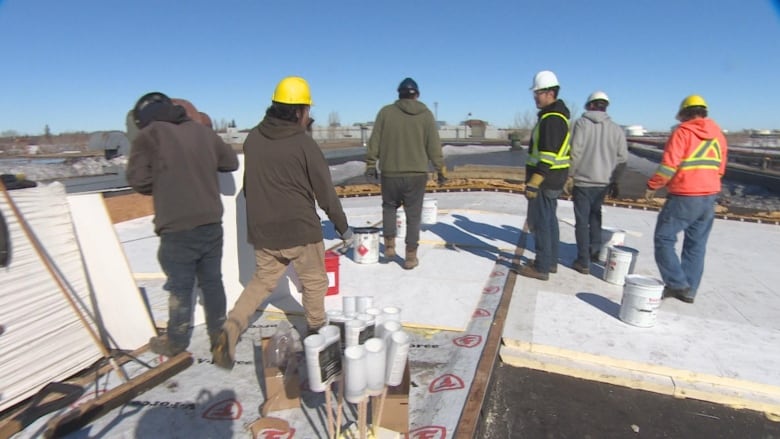 Students were on top of a food bank building on Thursday, reroofing the facility as part of their course for the Regina Trades and Skills Centre. (Richard Agecoutay/CBC News)

The class instructor, Brendan Lowndes, scouted the project, set up guardrails, provided tools and additional supervisors— all outside his teaching contract, according to the RTSC.

One of the students involved, Mathew Watace from Piapot First Nation, says he initially took the class out of curiosity but is now eager to obtain his red seal in roofing.

“Basically, [it’s] a free roof while at the same time preparing people for the work environment,” he said of the project. 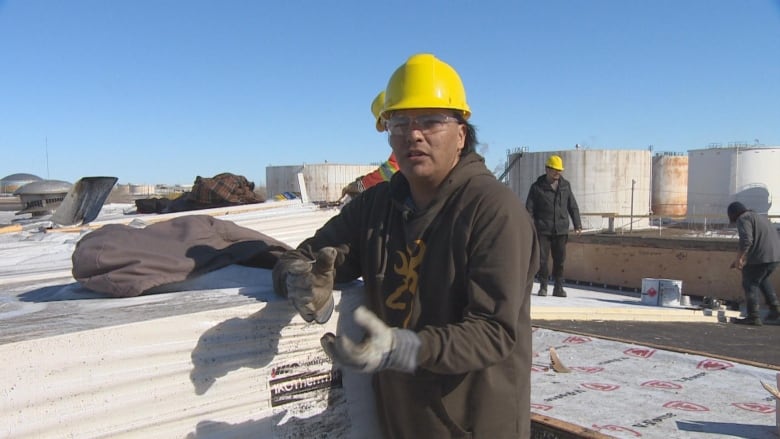 Mathew Watace, 34, a student at the Regina Trades and Skills Centre, says he is proud he helped complete the repair job, which was done as part of his course. (Richard Agecoutay/CBC News)

He called the breadth of the job “pretty big,” but said it’s worth it because he’s able to “see the work done as you’re doing it, being able to be proud and … say ‘I built that or I helped with that project.'”