When schools closed down in March, some Saskatchewan students were left with less meals each day.

Nutrition and social workers with the Regina Catholic School Board wanted to do something to help. Now, they are delivering their final care package before summer.

“These people’s parents have lost their jobs or they’ve cut back on their jobs,” Lesa George, George the nutrition worker at Archbishop M.C. O’Neill Catholic High School, said. “These little people are going to be wandering around — they will be hungry. There isn’t enough money to go around.”

George said the school board recognized the issue and received grant money from Nutrien and The Breakfast Club to start up a hamper program.

“We put out a call with — whether there are social workers or are nutrition people — they got the names together for us of people who may need help,” George said. “We ended up with a list of about 55 people.”

The food hampers are packed at Archbishop M.C. O’Neill Catholic High School in Regina before being distributed to Catholic schools around the city. (Kirk Fraser/CBC)

Every two weeks, George and nutrition workers from other schools come together to pack the hampers at O’Neill High School, before distributing them to other schools. Families can then pick up the hampers from their children’s school.

The program delivered a total of four hampers to each family. George said it wasn’t meant to feed people fully, just to supplement food they might already have.

“So we have to remember that we are there to stretch their dollar,” George said. 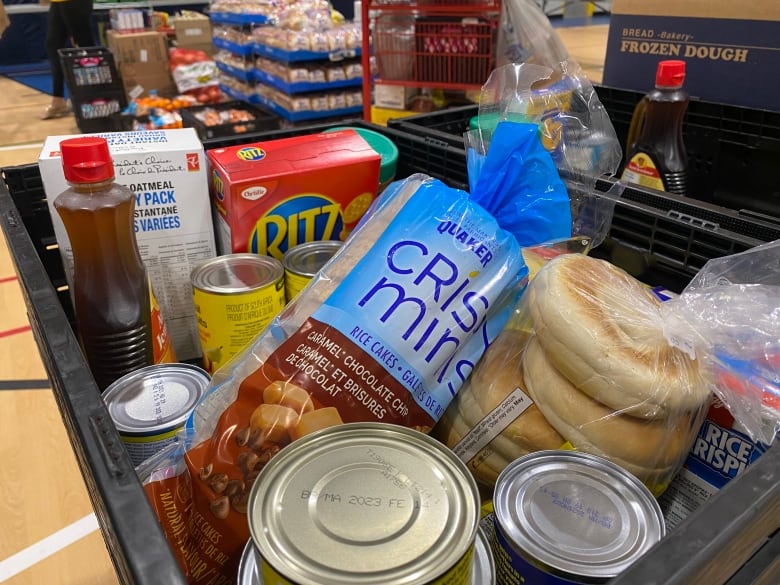 The food hampers have a varitey of items that aren’t going to go bad quickly so families can spread out using the throughout two weeks. (Kirk Fraser/CBC)

The boxes are packed according to a family’s needs, George said. Families with eight children had received more than families with two, for example.

George said it’s tough for children to learn on an empty stomach and that she’s seen some cases where students are having issues at school when in reality, they just need a good meal. She said food security is still important in the pandemic.

While the hamper program is paused during the summer months, George is asking people to donate to the Regina Food Bank as that’s where families will be turning in their times of need. 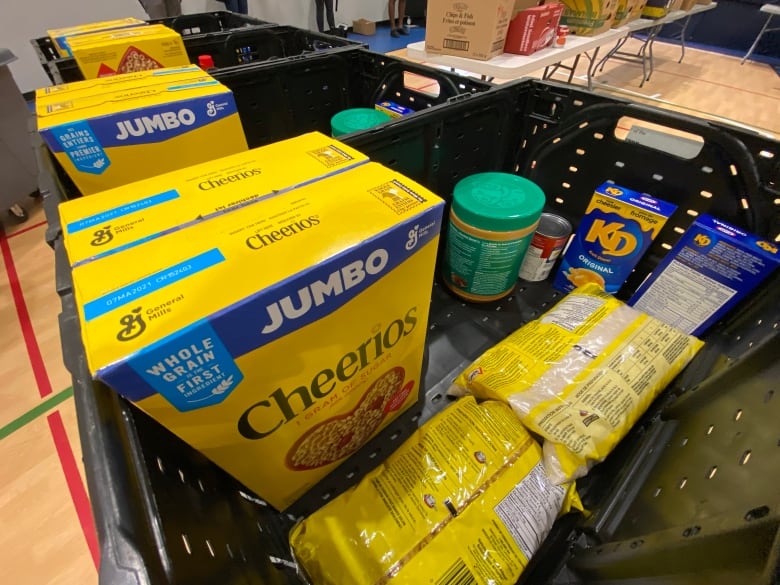 The food hampers are meant to help stretch a family’s dollar for two weeks, not provide every meal, Lesa George said. (Kirk Fraser/CBC)