A lot of hungry people will soon be fed at the Regina Food Bank thanks to a massive donation — one that weighs in around nine tonnes, in fact.

Nearly 9,000 kilograms of donated lentils began arriving by the truckload on Thursday morning.

The lentils will be used to make more than 158,000 healthy meals, including soups, stews and other lentil-based dishes.

Pallets of packaged lentils were unloaded by forklifts at the Regina Food Bank. (Cory Coleman/CBC)

Steve Compton, CEO of the Regina Food Bank, said the donation — made possible by a partnership between the developer Dream Development, the Regina Bypass Design Builders and local farmers Doug and Colleen Harle —  will help the food bank provide healthier meals. 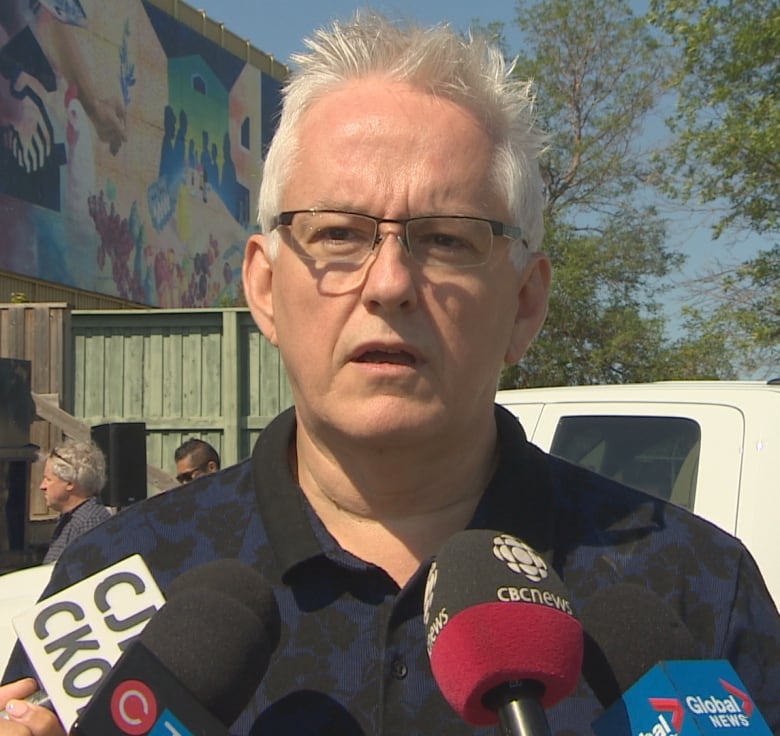 Steve Compton is the CEO of the Regina Food Bank. He said the donation will help make healthy meals for everyone, including those with dietary and cultural preferences. (Trent Peppler/CBC)

“Lentils are good for you. It’s a great source of protein. That’s one of the items that’s a challenge for us — to have fresh proteins and those kind of things, so lentils certainly accomplish that,” said Compton.

He also said the donation came at the perfect time, as donations to the food bank are usually lower in the summer.

“I’ve used this phrase before, that hunger doesn’t take a holiday, but it’s really true,” said Compton. “Summer is one of the times of year when our food supply is most challenged and this donation comes at exactly the right time.”

He also said the lentils will help the food bank make meals that allow them to control nutritional content and address any cultural or religious preference with food.

The meals will be made at the Regina Food Bank by volunteers.