Regina Ahmadiyya Muslim Jama’at members are donating hundreds of kilograms of food to the Regina Food Bank today as a thank-you for their new place of worship.

While the group has donated to the food bank in previous years, this year’s offering is a special expression of gratitude for support the community received in building Saskatchewan’s first purpose-built mosque.

“After the construction of our brand new mosque, we established a promise to ourselves that we are here for the long run now. Every step of the way, especially in Regina, we will be supporting the community in any way possible,” said Imam Zeeshan Ahmed.

The Mahmood mosque opened last month. The Ahmadiyya Muslim community says the donation is to show gratitude for local support for the first purpose-built mosque in Saskatchewan. (Shahida Riffat/Twitter)

“We’ve seen, on average, 500 more people than the same time last year, each month for the last many months,” he said.

“Unfortunately, that might be kind of the new normal now. The need continues.”

For the Ahmadiyya Muslim group, the gesture was done in the spirit of the holiday season — but the message goes beyond that.

“Islam promotes that if you do not have service for humanity, if you are not kind to your brethren, you cannot have a relationship with God Almighty,” said Ahmed. 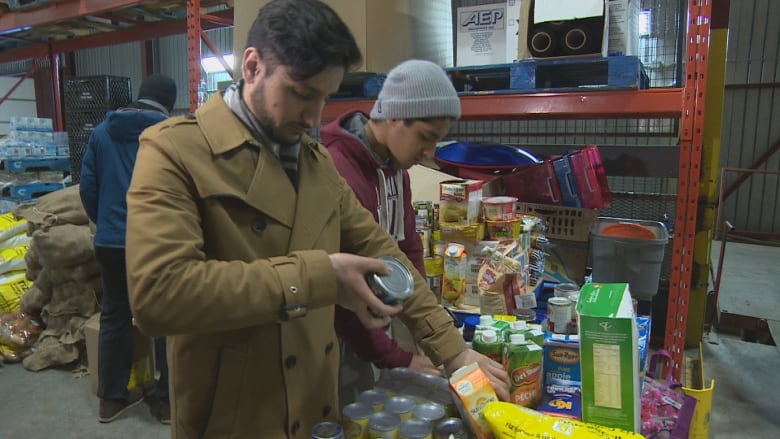 He added that the donation was made just before Christmas because it is important to donate for a holiday that many Regina residents celebrate.

“This is a misconception that Muslims should not be happy, or they should not celebrate with their neighbours, with their friends, at a time when they are having celebrations,” said Ahmed.

​In addition to the Regina initiative, the wider Ahmadiyya Muslim community said it would be donating more than 100,000 kilograms of items to food banks across Canada.